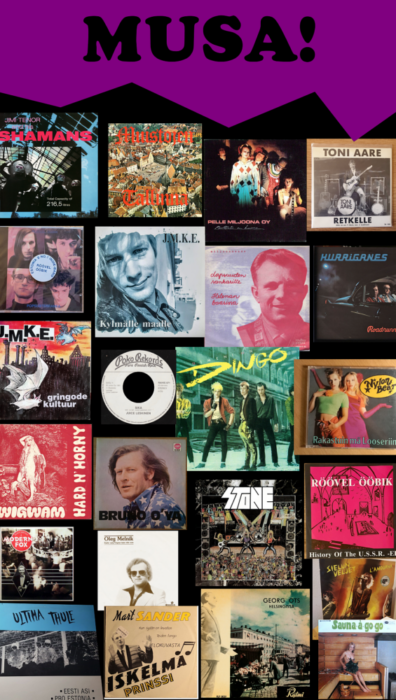 Music has the power and influence that can change the world. At the  60´s through the 90´s pop and rock became the main force for youth cultures – more than any other arts or sport.

Estonian youngsters behind the Soviet “Iron curtain” had the possibility to experience British and American performers through the Finnish TV and radio, that reached over the border of Soviet occupation. It helped to keep the free mind alive.

This exhibition, made by the youth of those days, tells how it was back then, in Soviet times.

The exhibition is born in collaboration with Helsinki City Museum and Finnish Institute.

Thanks for the help:
Helsingi Linnamuuseum, Soome Instituut, Tallinna Kultuuri- ja Spordiamet, AS Tallink Grupp.
Warm thanks to everyone who has helped!